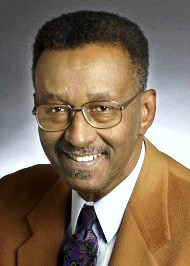 Here’s the first paragraph of my last year’s column “Democracy Is Impossible”:

“After Moammar Gadhafi‘s downfall as Libya‘s tyrannical ruler, politicians and ‘experts’ in the U.S. and elsewhere, including French Foreign Minister Alain Juppe, are saying that his death marked the end of 42 years of tyranny and the beginning of democracy in Libya. Sen. Chris Coons, D-Del., said Gadhafi’s death represented an opportunity for Libya to make a peaceful and responsible transition to democracy. House Speaker John Boehner, R-Ohio, said, ‘Now it is time for Libya’s Transitional National Council to show the world that it will respect the rights of all Libyans (and) guide the nation to democracy.’ German Chancellor Angela Merkel said that ‘Libya must now quickly make further determined steps in the direction of democracy.'”

It’s good to have hope, but if we’re going to be realistic, there’s little chance for Middle East emergence of what we in the West call democracy.

Almost a year ago, both Egyptians and Westerners welcomed and celebrated the downfall of three decades of Egyptian dictator Hosni Mubarak‘s tyrannical rule. It was called an “Arab Spring.” A year later, Egyptians are once again taking to the streets, this time protesting the tyrannical acts of President Mohamed Morsi, who represents the vision and ideological orientation of the Muslim Brotherhood. The Muslim Brotherhood’s goal has always been to impose Shariah law. Egyptian tyranny hasn’t been eliminated; its form has changed.

Syrian President Bashar al-Assad‘s dictatorship is now being challenged by a hodgepodge of armed resistance groups nominally united as the Free Syrian Army. Speaking for our nation, last year President Obama said, “The United States has been inspired by the Syrian peoples‘ pursuit of a peaceful transition to democracy. They have braved ferocious brutality at the hands of their government.” Is al-Assad’s downfall in any way more likely to produce democracy than Gadhafi’s downfall or Mubarak’s downfall? Secretary of State Hillary Clinton is optimistic in saying the rebel protest shows “the strong desire of the Syrian people … for a Syria that is democratic, just and inclusive.”

The human experience should have taught us that just getting rid of a particular dictatorship is only half the struggle. We must always ask what’s going to replace it. The 1917 Russian revolution got rid of the Czars only to be replaced by the far greater brutality of the Bolsheviks under Joseph Stalin and his successors. In China, Chiang Kai-shek’s dictatorial rule was replaced by Mao Tse-tung’s unprecedented barbarity, which became responsible for the deaths of 76 million Chinese. Cuba’s Fulgencio Batista’s dictatorship was replaced with that of Fidel Castro. The injustices of Western colonialism in Africa were replaced with homegrown brutal dictators who murdered their citizens.

In most countries in the Middle East, the collection of human rights that Westerners know as personal liberty is nonexistent. According to Freedom House’s 2011 “Freedom in the World” survey, as well as Amnesty International’s annual report for 2011, most North African and Middle Eastern countries are ranked either “repressive” or “not free.” Moreover, I believe there’s little prospect for liberty and whatever the West tries to promote in terms of liberty is doomed to failure and disappointment. The fact of the matter is that nations in the Middle East do not share the cultural and philosophical foundations of the West that created its respect for the rule of law and private property rights.

What should the West do about the gross violations of human rights so prevalent in North Africa, the Middle East and elsewhere? My short answer is: mind our own business and only intervene when there are direct threats to our national defense or economic interests. Otherwise, what they want to do to one another is none of our business.

Retired, but still spending an inordinant amount of time thinking about all things big and small. I am proud to be a strong constitutional conservative. I am also proud to have been married over 56 years to my wonderful wife, Louise. I continue to be amazed that she has put up with me for such a long time, but have been happy that she decided to do so. "The democracy will cease to exist when you take away from those who are willing to work and give to those who would not," warned Thomas Jefferson.
View all posts by geneb527 →
This entry was posted in Politics. Bookmark the permalink.